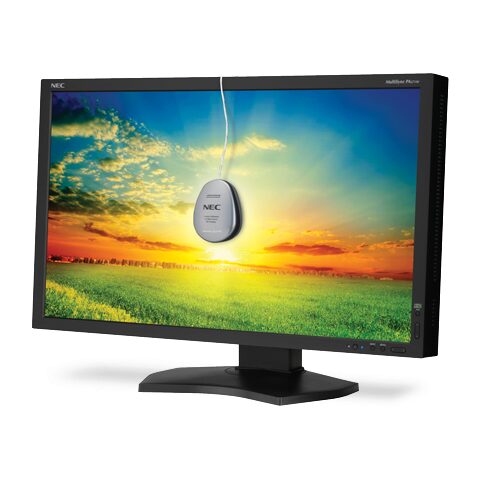 ﻿ "The Pa271W is the best performing monitor we've tested and has the most ridiculously robust onscreen display we've ever seen. Its color reproduction is impeccable and it has virtually no backlight bleed through." -Eric Franklin

Lloyd Chambers discusses his professional use and recommendation of the Pa271W and LCD3090WQXi.

With strong ergonomics, multiple connection options and color adjustment tools, the Pa271W receives 4.5 out of 5 mice.

Ron Martinsen says, "These are a great couple of displays that I can't recommend highly enough. I will warn you though — once you try them you’ll be hooked!"

"Just when I thought monitors couldn’t get any better, NEC introduces the MultiSync Pa271W-BK-SV." –Bruce Bicknell

Reviewer Bruce Herman says, "the NEC display is guaranteed to work with Macs" and "if you are serious about color management and quality, I highly recommend the NEC Pa271W-BK-SV".

“If you are a design professional who needs accurate color more than anything else, and things like display uniformity and a wider gamut are of high importance, then you are the target for the NEC,” said Chris Heinonen of anandTech.

NEC supporter Lloyd Chambers reviews and promotes the 27” MultiSync Pa271W-BK and 30” MultiSync Pa301W-BK, as well as the SpectraViewII calibration software and sensors.

Have a problem with your NEC Monitor? Here you'll find common troubleshooting techniques. If you do not find a sufficient answer, please do not hesitate to contact us at 800.632.4662 for Desktop Monitors, Large Screen Displays, LED Walls and Medical Diagnostic Displays. Please contact 800.836.0655 for Multimedia Projectors and Whiteboards, or 866.632.6431 for Digital Cinema Projectors.